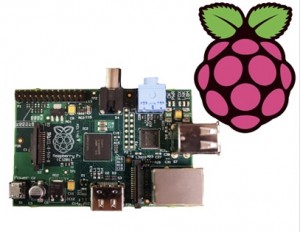 My first Raspberry Pi post was quite popular so I thought I would do a second. You might have caught that production has ramped up and as more people get their hands on a Raspberry Pi, we are seeing more projects and videos pop up. Here are some of my favorite videos showing the core features of the Rapberry Pi in action.

The most popular video type is probably the unboxing. This demonstrates the boot time and bit of lag that you’ll expect when running X windows on the Raspberry Pi.

The Raspberry Pi has headers to support daughterboards and should integrate well with arduino-based projects. Here are a few videos showing off the Pi interacting with other devices.

Touchscreen Anyone? Here is a 3.5 inch LCD touchscreen driven by the Raspberry Pi.

Here is a proof of concept that controls LEDS through a web server on the Raspberry Pi running apache and php.

Highly touted, the GPU is said to be capable of 1080p output via hdmi. These video some the Raspberry Pi in action playing HD video.

A small computer? Cool, I’ll make it into a gaming rig. While this isn’t my first idea for a great Raspberry Pi project, you can apparently run Quake 3 and Mame as shown below. I’m much more excited to see Java running on the Raspberry Pi.

Mame on Raspberry Pi. You’ll want to jump to 3:50 and you’ll see some examples.

JavaFx running on the RPi